We asked our founder, Michael Colman, to go behind the scenes and share how to be more productive at work.

We’ve found his system to be incredible helpful to keep inboxes clear and to-do lists short.

His inspiration has derived from two books:

At Digital Thing, the day starts with email, so a simplified inbox is essential to keeping productive.

Michael uses two unique folders in his email: a TO DO folder and a WAITING FOR REPLY folder.

The objective is get the number of emails in his inbox down to zero, or as low as possible, by filing into these two folders.

By keeping his inbox decluttered, he can focus and prioritise.

Each morning he files his inbox emails into the corresponding folder depending on whether he needs to take action or if he is waiting on a response, it goes into the Waiting for reply folder.

Then once everything is filed into the TO DO or the WAITING folder, Michael will review all emails in those folders to ensure he hasn’t missed any task from previous days, or follow-up any people that require following up.

Michael also uses Wunderlist to organize his tasks and keep up to date on what he needs to accomplish.

Upon receiving emails, he’ll respond right away to confirm receipt; in his reply he’ll bcc (me@wunderlist.com) his Wunderlist account which also adds the task to Wunderlist.

In Wunderlist the task gets assigned a day that the task will get done, and a reminder for the time that tasks needs to be delivered.

Setting a routine in Wunderlist

By using Wunderlist, Michael can set routines based on the day of the week.

A routine is a set of tasks that reoccur on a regular schedule.

He maintains a daily routine as well as a Monday routine, which is slightly different from the usual work day.

Each to-do item in his routines correspond to a Wunderlist folder of tasks or folder in his email, so he can easily switch between lists.

Some other example routines include:

Digital Thing utilize Trello to organize big and ongoing projects into a hierarchy of lists, tasks, and subtasks.

When a card is assigned to Michael in Trello, he uses IFTTT to assign a task in Wunderlist to review.

We are all visual creatures, so having a visual representation of progress throughout the day can be a real motivator.

Once the email routine is complete, and all the tasks are in Wunderlist, Michael views the today view in Wunderlist and manually imports all of his tasks into his iCal calendar.

Pink indicates a task is going to take more than 15 minutes and orange indicates it’s a quick 5-15 minute email/task.

This gives Michael a visualisation on the easy tasks to knock over first – before setting aside time in the day to tackle the larger tasks.

When he completes a task, Michael moves the event to his ‘Done’ Calendar, which is color-coded as green. This visual representation helps him to both see his progress as well as celebrate his small victories throughout the day.

Michael will also schedule time blocks to plan out his day (and throughout the week), setting aside specific time to do things like respond to client emails or work on team projects.

By scheduling the tasks in advance, he’s planning when he’ll accomplish them as well as ensuring he won’t be double booked with calls or appointments.

He tries to limit his daily schedule to a maximum of 5 items to ensure he won’t overload his schedule.

This system makes task management a breeze and busy days easier to manage.

About the Author - Michael Colman

With a foundation anchored in marketing, business development and it, michael brings a solid understanding of business strategy, an even deeper grasp of technology, and a wealth of knowledge in what it takes to start a business and drive an idea into a reality. 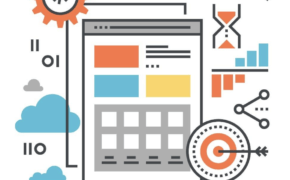 What is Conversion Rate Optimisation?

CRO is a process with a focus on the “conversion” metric. Establish your value and get customers to take action. 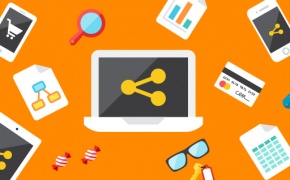 Each year, things change with SEO. Today we will be looking at some of the best ways to improve your SEO in 2019.